This forum is for the Fordson New Major, including the Super Major and the Power Major.
Post Reply
9 posts • Page 1 of 1

Recently I got one leaking rear wheel seal. The whole wheel had some oil drips on it. 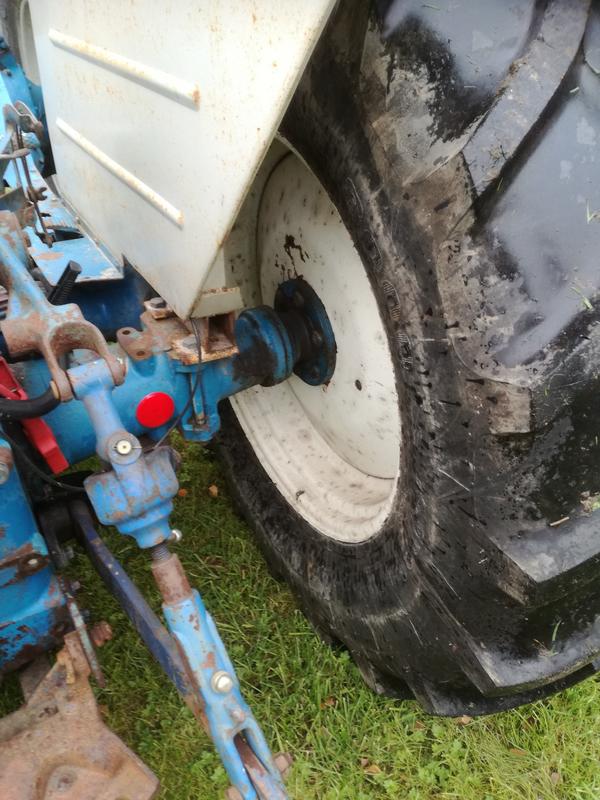 I used the grinder to cut the old seal housing as I don't have the tools to get off the other way. 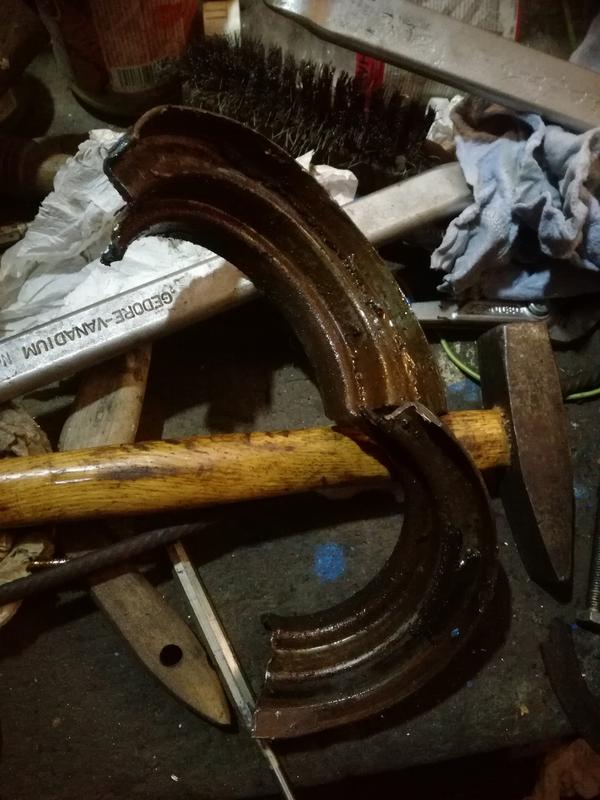 Now I have more room to get the bearing off. 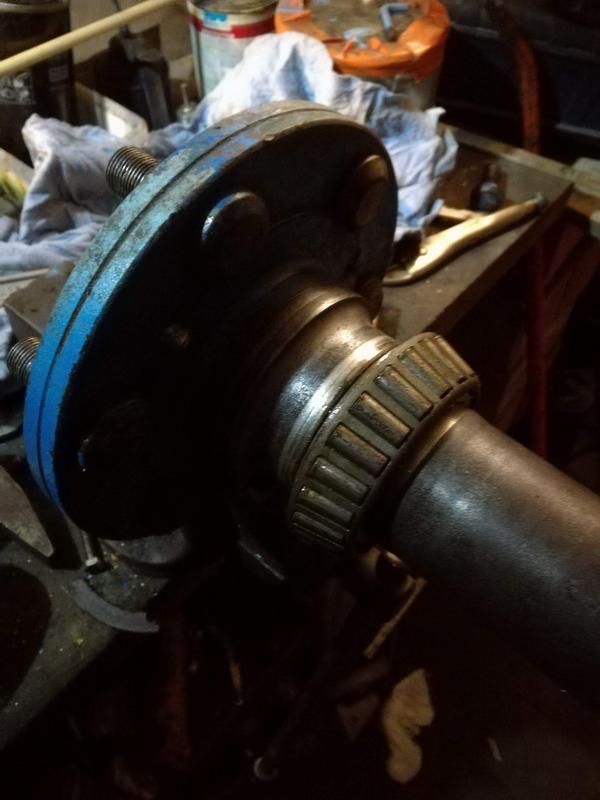 The new seal house had to be modified as these are only for the standard axles, not for the heavy duty ones. 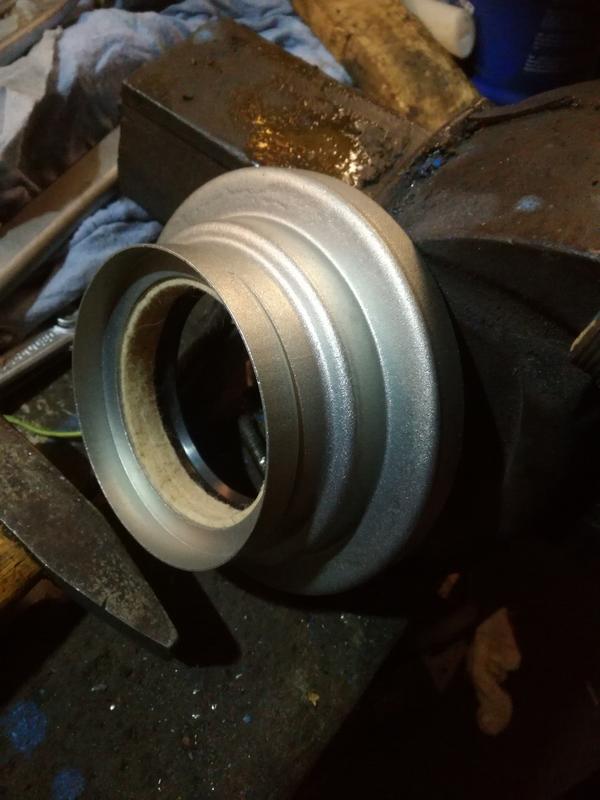 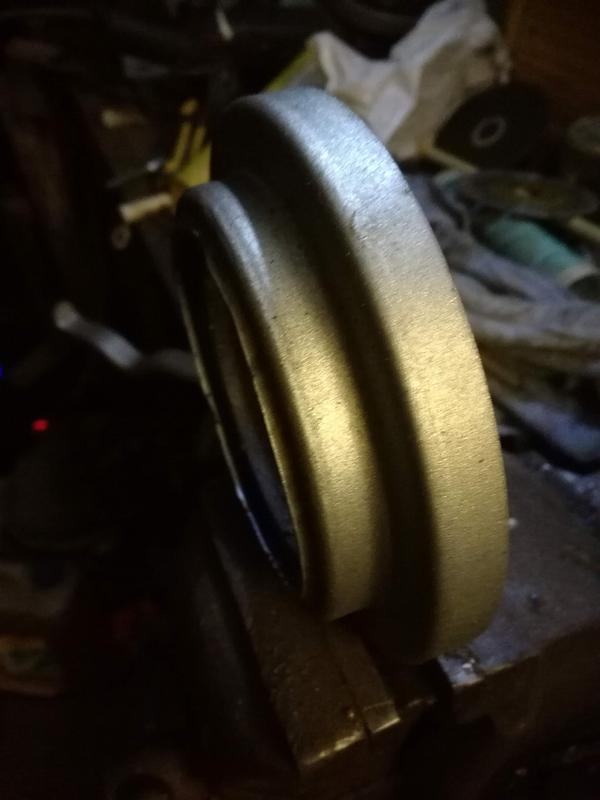 I'm putting new instant gasket on the trumpet too, it's seams there was no seal at all there. Hope it stops leaking at that place. 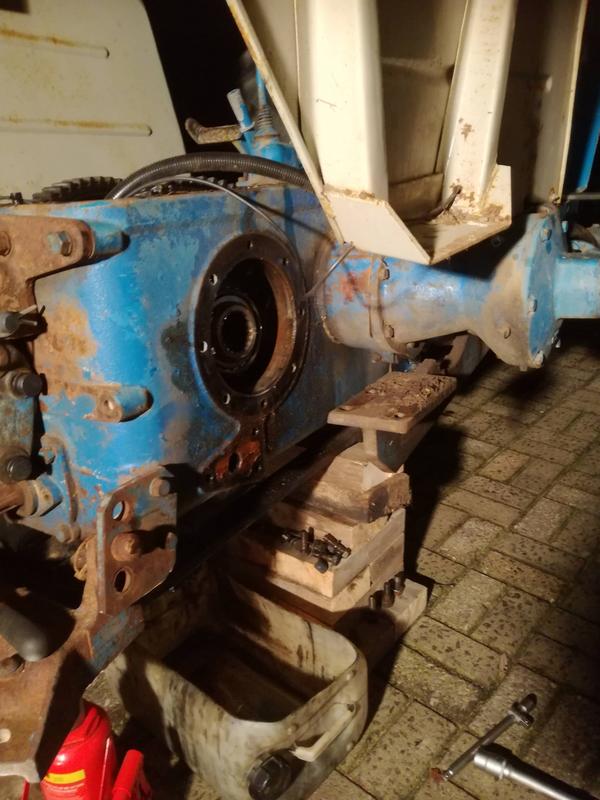 How did you removed the bearings Mathias?
I did the job a few years ago, but did not succeed to stop te axle from leaking.

henk wrote:How did you removed the bearings Mathias?
I did the job a few years ago, but did not succeed to stop te axle from leaking.

A little bit of heat, a hammer and a chisel. I guess it's not the mechanical way, but a farmer would do it that way when he doesn't have a workshop with all the equipment
Fordson Super Major New Performance
County Super 4 built on the Fordson Super Major
Top

Oke. I could use a pully with halve discs that I extended. It looks a bit like the tool in the workshop manual. Worked nice, but was also a bit of strugle.
Getting the bearings on went nice after heating them.
Kind regards, Henk

Hej Mathias
Hows the super engine coming along ,did you sort out those worn lifters ?
Top

Have repaired the same leak on a super some years ago and had the same issue with the seal housings. Also had to replace the outer bearing, it had become apart.

I think the seal is a grease seale and you can't prevent oil coming out, if there is too little grease and a to high oil level in the rear axle housing it will get your wheel dirty, even if your tractor is in as new condition.

That was what I was thinking also.
When the tractor is used for ploughing and the oil hight is to much because the seal between gearbox and rear end is leaking, the problem gets bigger.

How are you btw?
Kind regards, Henk

Doing fine to be honest. Busy at work and at home with children. Not too much time for Tractors. Did manage to harvest 2,5 ha of wheat this summer with the clayson.

How are you doing?

I'm fine thank you. Janneke had a bit of a rough time this year but she's doing allright now.

I'm not working on the Major much, but a lot on improving my plough and my ploughing skills.
Won a first price this year in Zeeland. So I'm getting better at it.
Kind regards, Henk