This forum is about the Fordson Dexta, Super Dexta and Petrol Dexta.
Post Reply
6 posts • Page 1 of 1

Hi all,
After ages and ages, here's Davie's report. 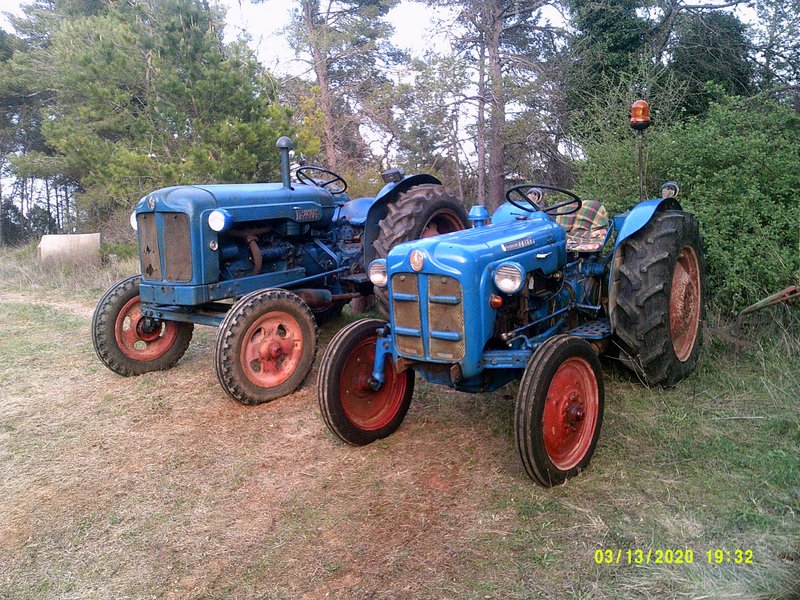 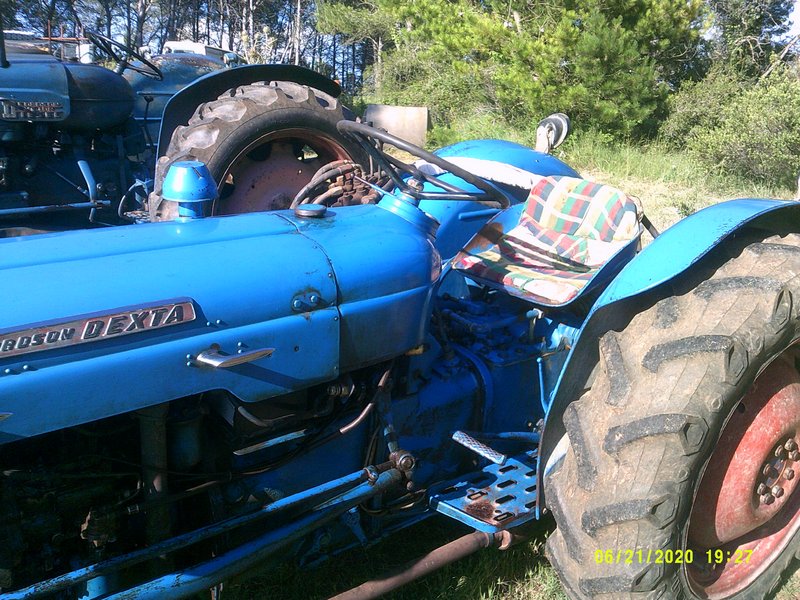 and front axle were cut down and the radius rods 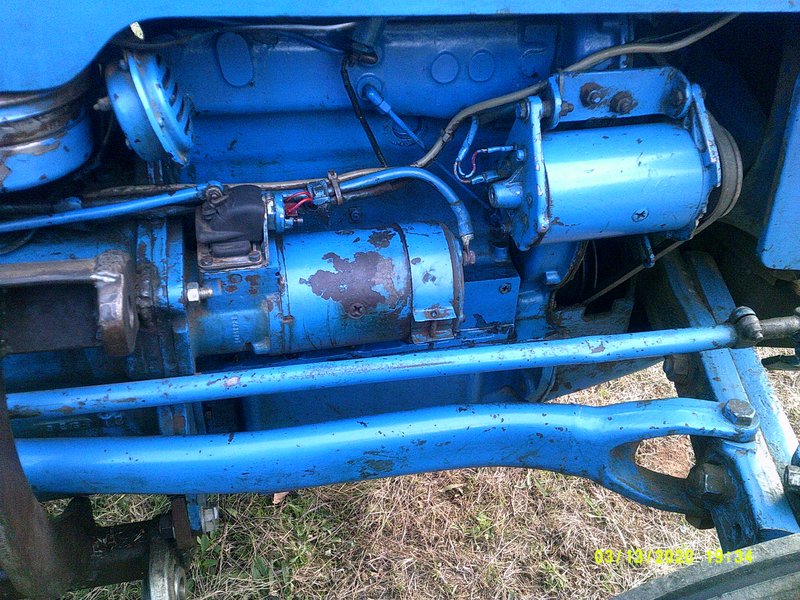 and spindle arms bent to complete the general conversion. The check chain brackets are not fixed either 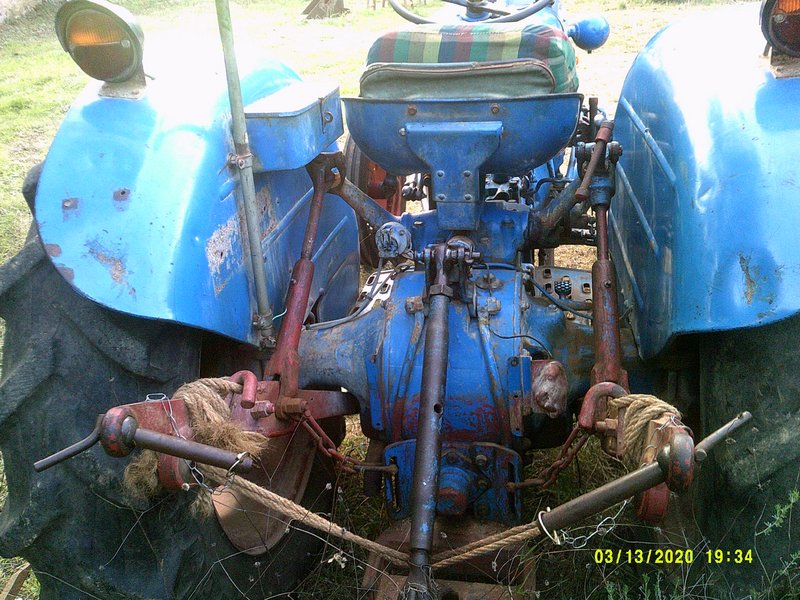 this is another feature of the narrow conversion, as are foot pedals with small cut-outs at the edges. 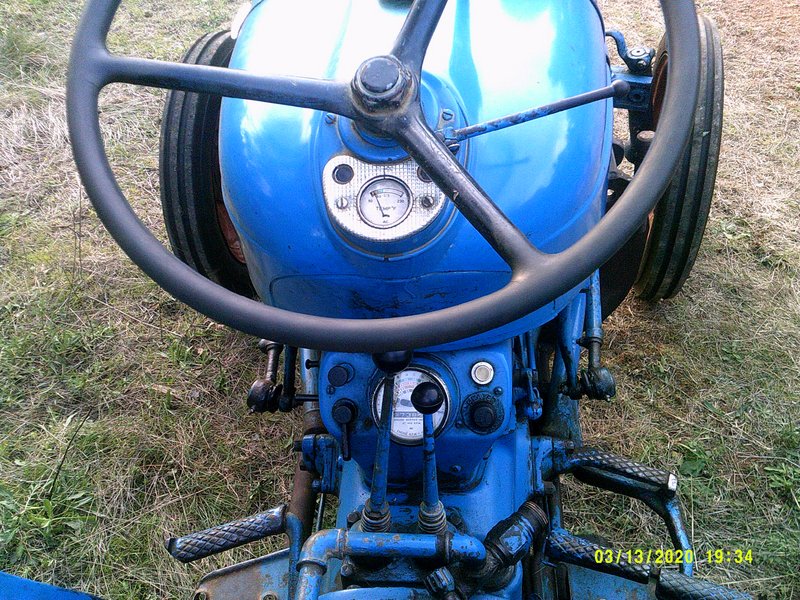 The drawbar is similar to Billy's one but I don't know who made it and fitted it. 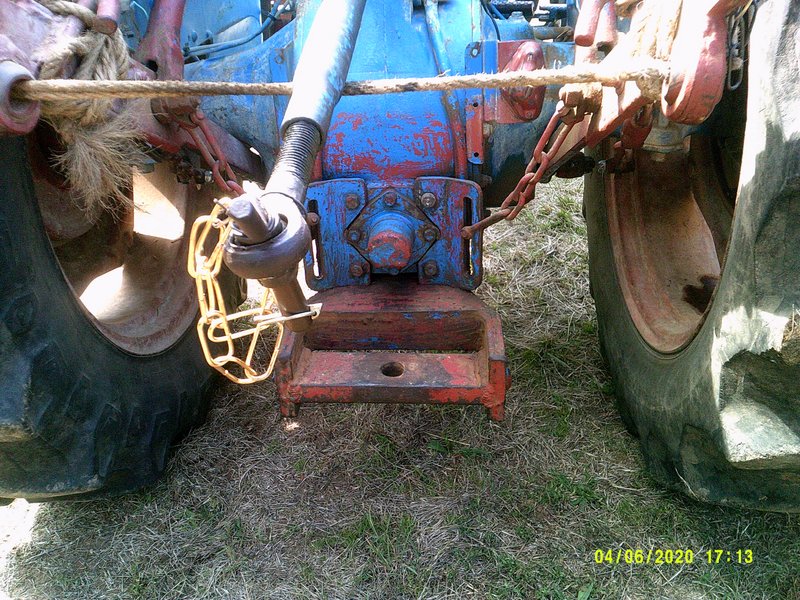 Davie also has the optional stabiliser brackets, but instead of having rigid bars, he's got Major style check chains (home made, not genuine Major bits).
Someone painted his back and wheels dark red for an unknown reason, they also added an extra fuel filter, of the Tecalemit E1ADDN-9155A type, very common here as Ebro filters (ours included) are of this type.
Someone also cut away the bottom of the front cowling to fit a number plate, never seen such a drastic attack for that. 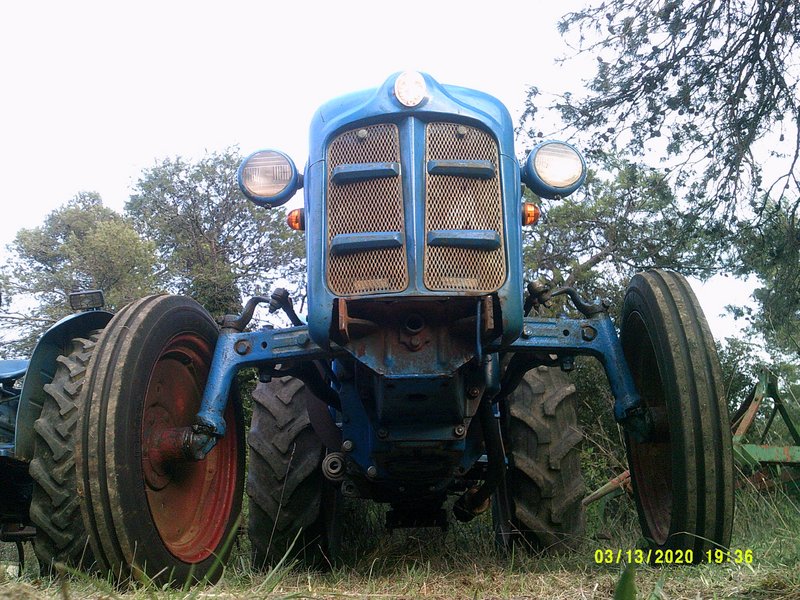 Davie has had two registration numbers, the first one is HU-4994, from Huesca and the second one is a much later Barcelona one, B-40070-VE.
The tachometer is of the km/h AC type, but for some extraordinary reason it marks the revs but doesn't count hours; it must have broken something long ago. 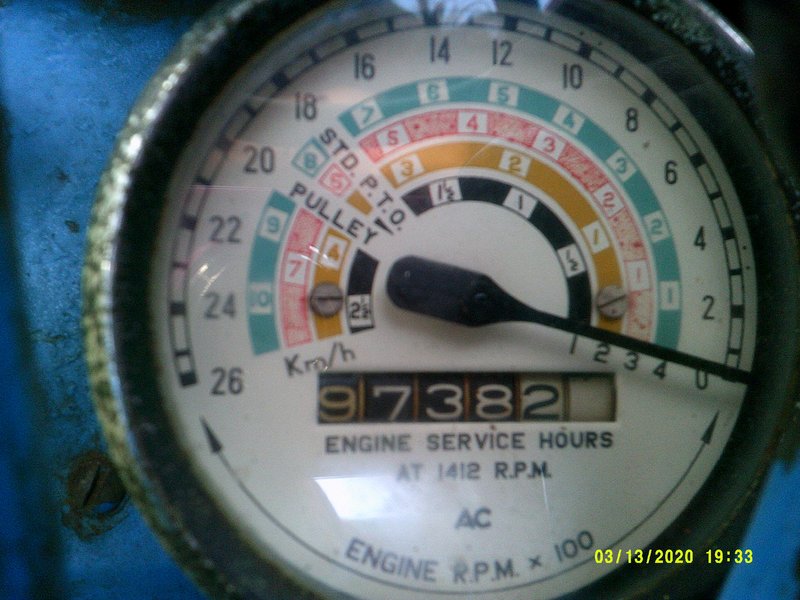 I don't know much about Davie's history other than since we've had him. We got him quite a while ago and he came with a cultivator, sprayer and trailer. 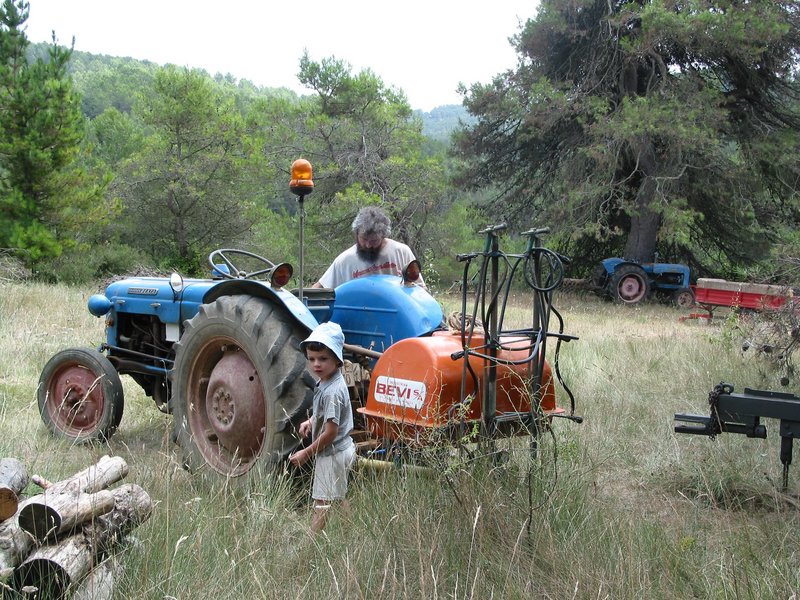 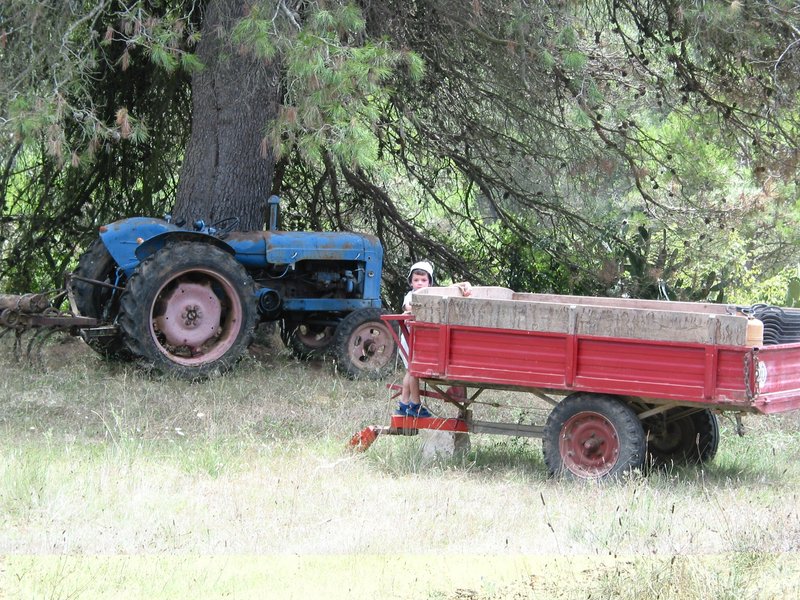 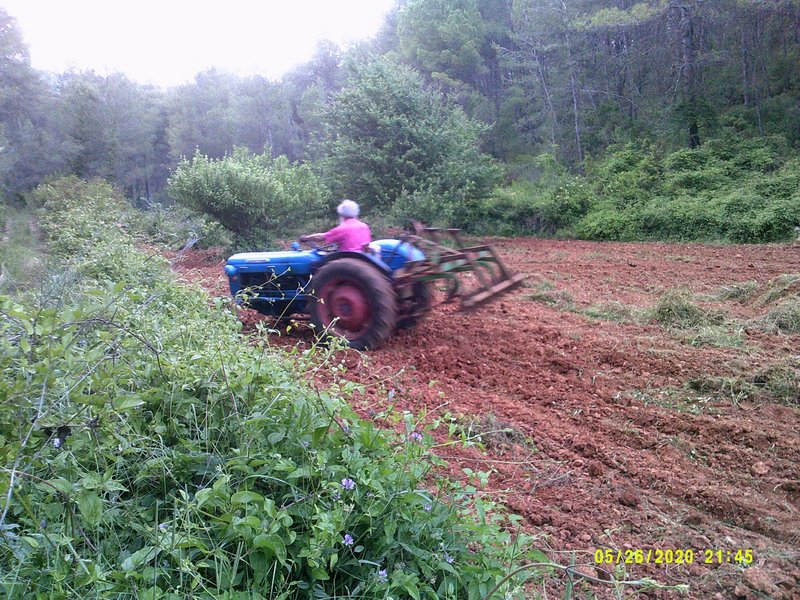 A few years later we fitted a special implement for working in vines, called the intercep. It's a plough that can be moved in and out to remove vegetation right next to the vines (see this: viewtopic.php?f=6&t=8553). 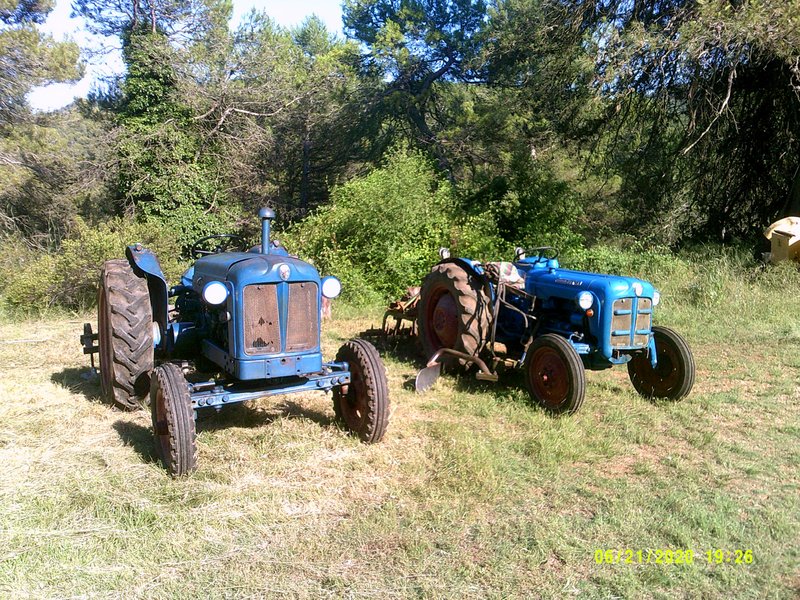 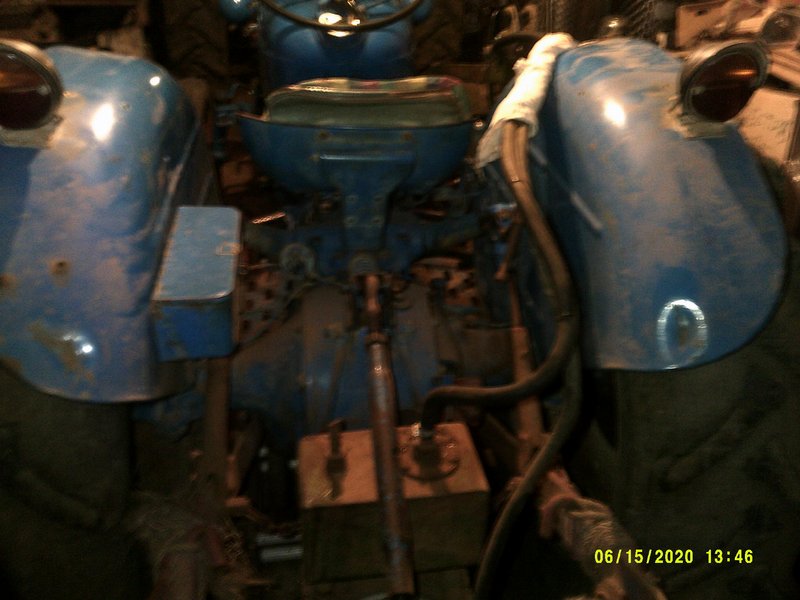 It's powered by a PTO driven pump with its own oil.
Since Super Billy has been in bits the trailer has had lots of them in it.
As with Billy cleaning has been a constant job.
The hydraulics have a bad leak, I think it's the check valve, that makes him correct 6 times per second! We'll get to that soon.
Hope you enjoy this too.
Sandy
Last edited by Billy26F5 on Sun May 15, 2022 3:05 pm, edited 2 times in total.

Great pics!
Good to see a working machine doing its thing.
you know it's a classic when people stop to watch.
Top

Thanks both.
It is great to have them doing their thing, it does give work cleaning wise, but that's an excuse to spend even more time with them! 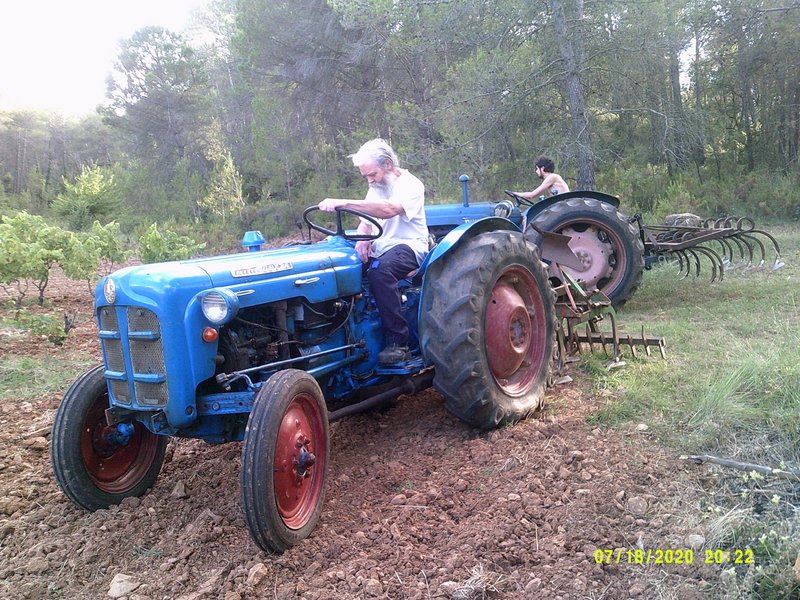 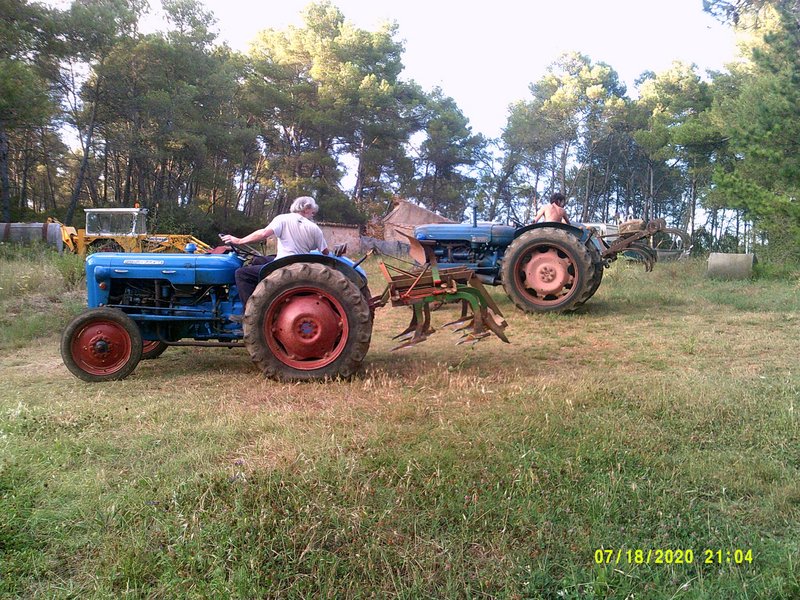 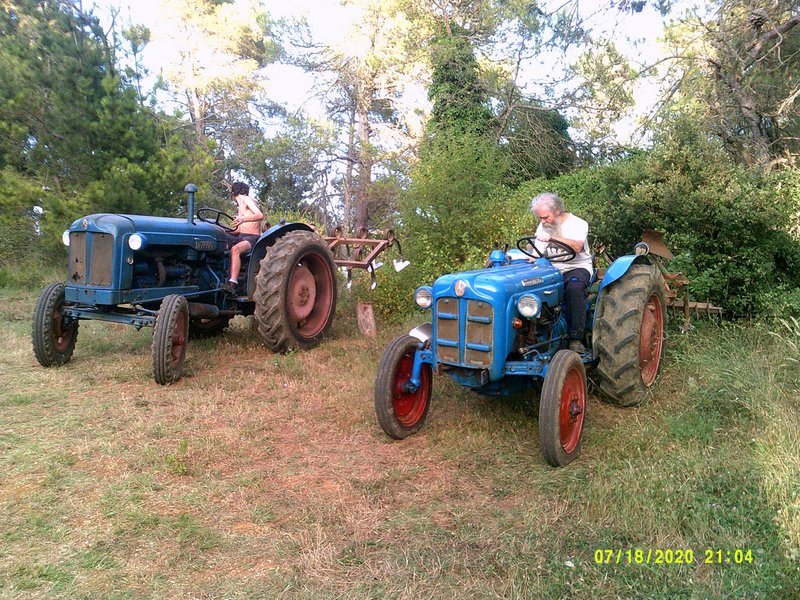 I didn't mention this earlier, but I hope you noted the temp. gauge in perfect working condition. That's one of Davie's best features as you see the temperature whenever you want without using battery power. Hoping we can get Billy's one soon too.
Sandy

I found the cylinder head casting code today, see this to find your ones:
viewtopic.php?f=3&t=8294
Sandy

Billy26F5 wrote: ↑
Mon Aug 03, 2020 1:03 pm
A few years later we fitted a special implement for working in vines, called the intercep. It's a plough that can be moved in and out to remove vegetation right next to the vines (see this: viewtopic.php?f=6&t=8553).

It's powered by a PTO driven pump with its own oil.

Added the link about the intercep.
Sandy