This forum is about the tools you use to service your Fordson tractor AND about the implements you use when out in the field with Ol' Blue.
Post Reply
10 posts • Page 1 of 1

Had a very stubborn steering wheel to remove but didn't want to destroy it so i came up with this (may be a common way to do it, i don't know). Soaked it in penetrating oil for a day, then got a large set of 3 leg pullers and removed the legs. Cut a piece of rubber pipe for each of the bolts that hold the legs so the thread didn't bite into the back of the steering wheel and attached it to the spokes. Wind it up and if it still doesn't budge give the nut on top of the pullers a crack with a hammer (but don't stand above it just in case it flies off!). This worked on a wheel that as far as i know hadn't been of in nearly 70 years
John 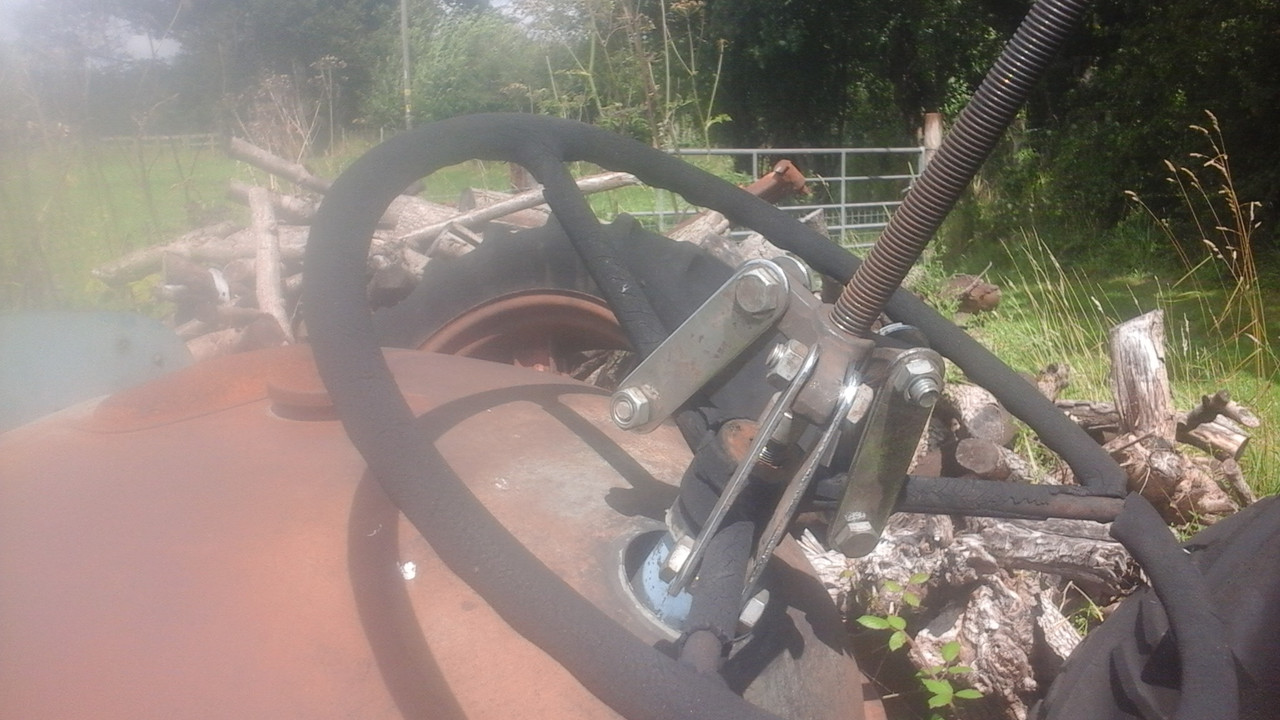 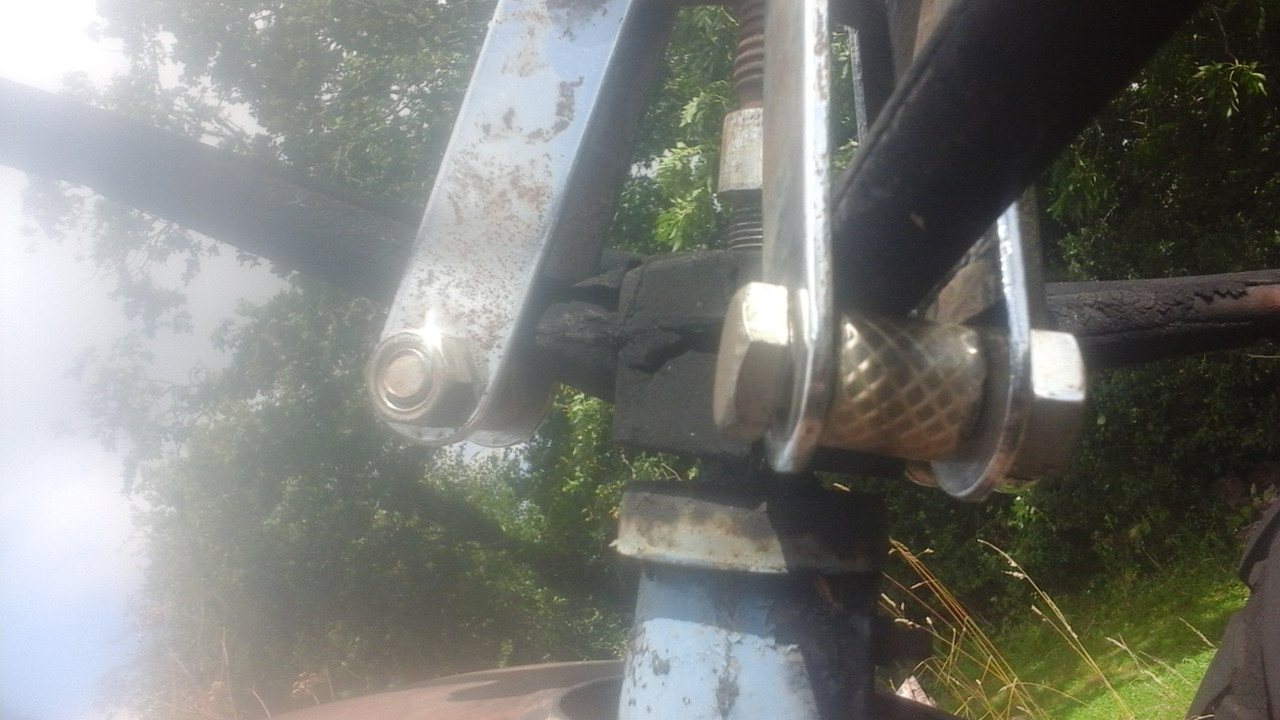 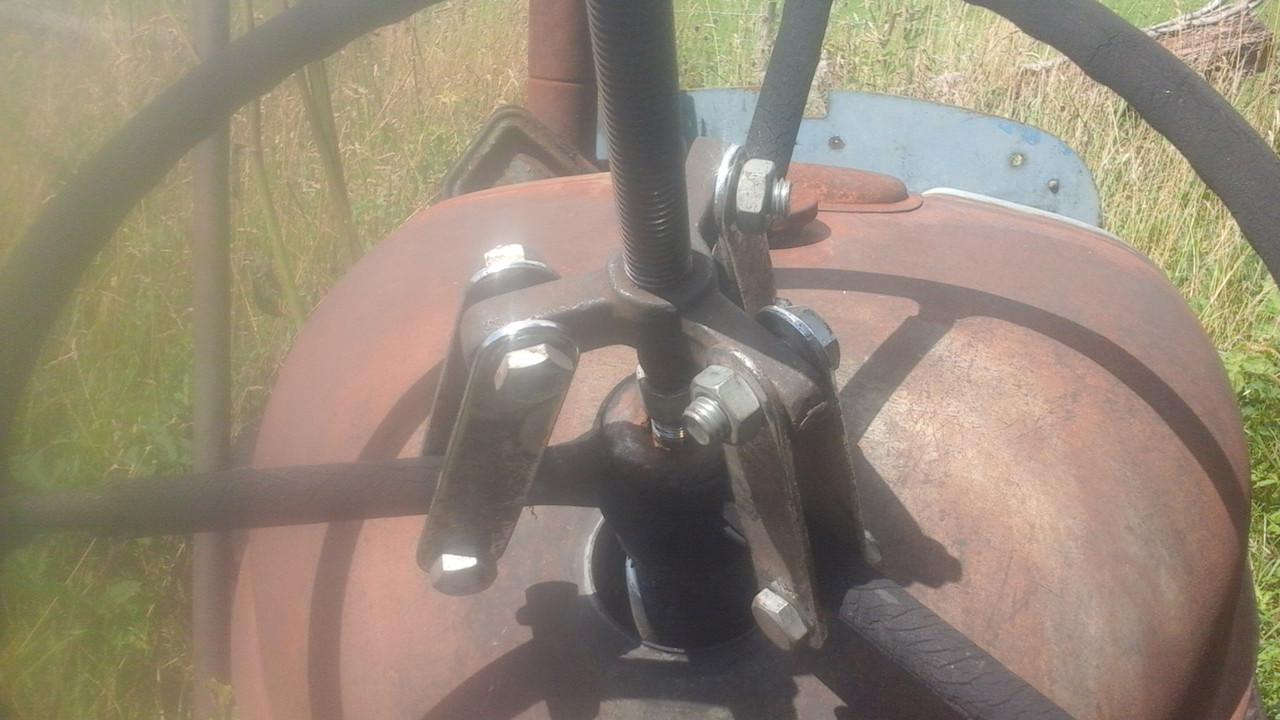 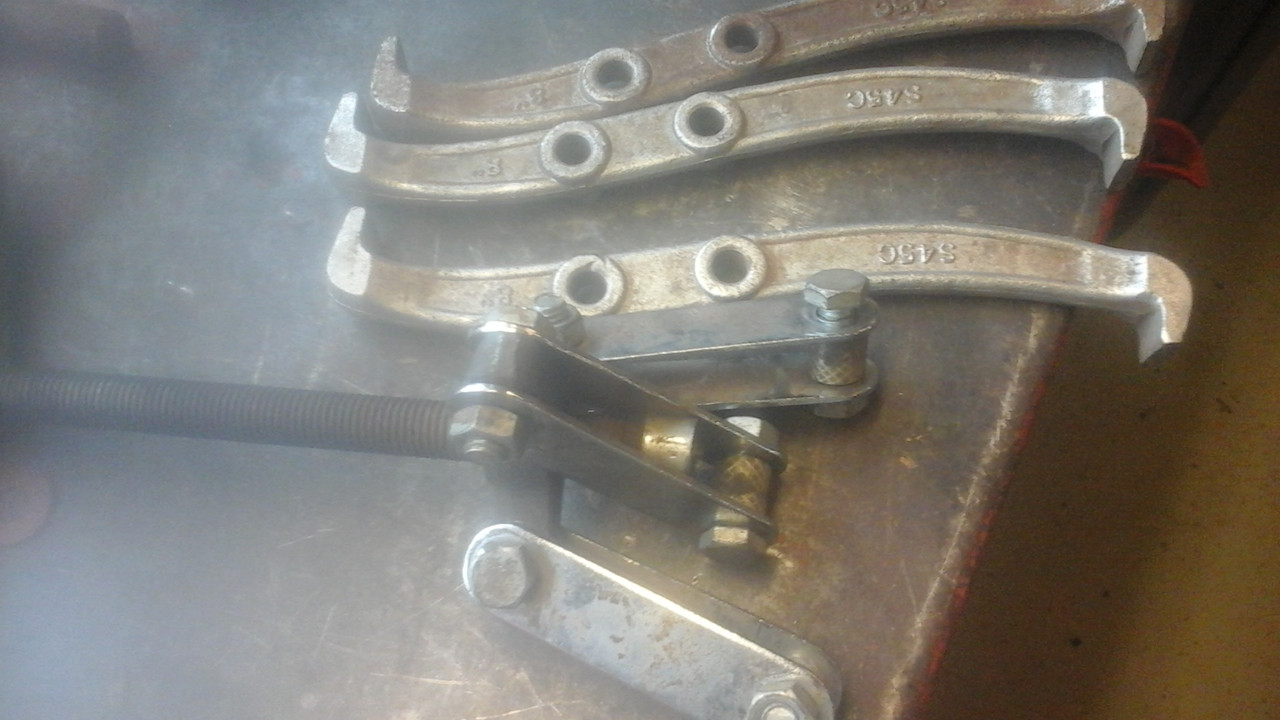 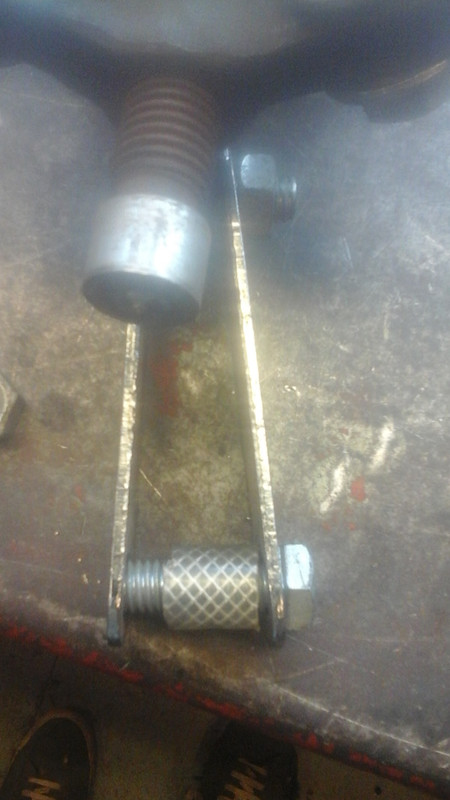 Superb tool John. Our wheels are all free, so no trouble with that. That Major looks like a late one (judging from the late battery tray and late pre-cleaner).
Sandy

Not sure what age it is, its the donor Major with no engine and wrecked gearbox and hydraulics. I'll find some casting codes and get you to date it if thats ok with you
John
My biggest fear is that when i die my wife will sell my tractors for what i told her they cost
Top

Thanks very much John.
Sandy

The steering wheel almost feels like its rubber, i've not seen one like it on a Major before. Is it just degraded or was there a different type of wheel used? I've seen the early aluminium wheel and the standard bakelite one but this one feels alot thicker than normal
John
My biggest fear is that when i die my wife will sell my tractors for what i told her they cost
Top

It does look different, but Ford only used aluminium and Bakelite coverings, it could either be a replacement covering or a replacement steering wheel. It looks like it's the right size, so I would say it has been covered in a different material after loosing it's original covering, but I'm not at all sure about that.
Sandy

I think this style of wheel was used in between the aluminium and more common bakelite type. We have a couple of diesel majors which have had this type fitted.
Top

It must have been used very briefly, as I think I still know more aluminium ones. By far the easiest to find even from pretty early on was the Bakelite one, which lasted till the end, and for even longer on Ebro tractors.
Sandy

I think Roadless63 is right, I have seen this type of wheel with this type of centre boss before on 1951 and very early 1952 Majors.

That's a good tip with the heat gun Shepp, certainly kinder on the steering box than me giving the puller a belt with a hammer!
My biggest fear is that when i die my wife will sell my tractors for what i told her they cost
Top
Post Reply
10 posts • Page 1 of 1